Back in the USA! A post by Happiness Alliance Researcher Abby Morical

For the last three months I’ve been traveling around Nepal, trekking, living in homestays, learning Thangka painting and Nepali, and exploring different realms of happiness in such a foreign context. As a junior attending Bennington College, happiness is literally what I study, and while overseas I was considering its relation to religion, village life, and—perhaps most challengingly—within myself. Though I came out of it with more questions then when I 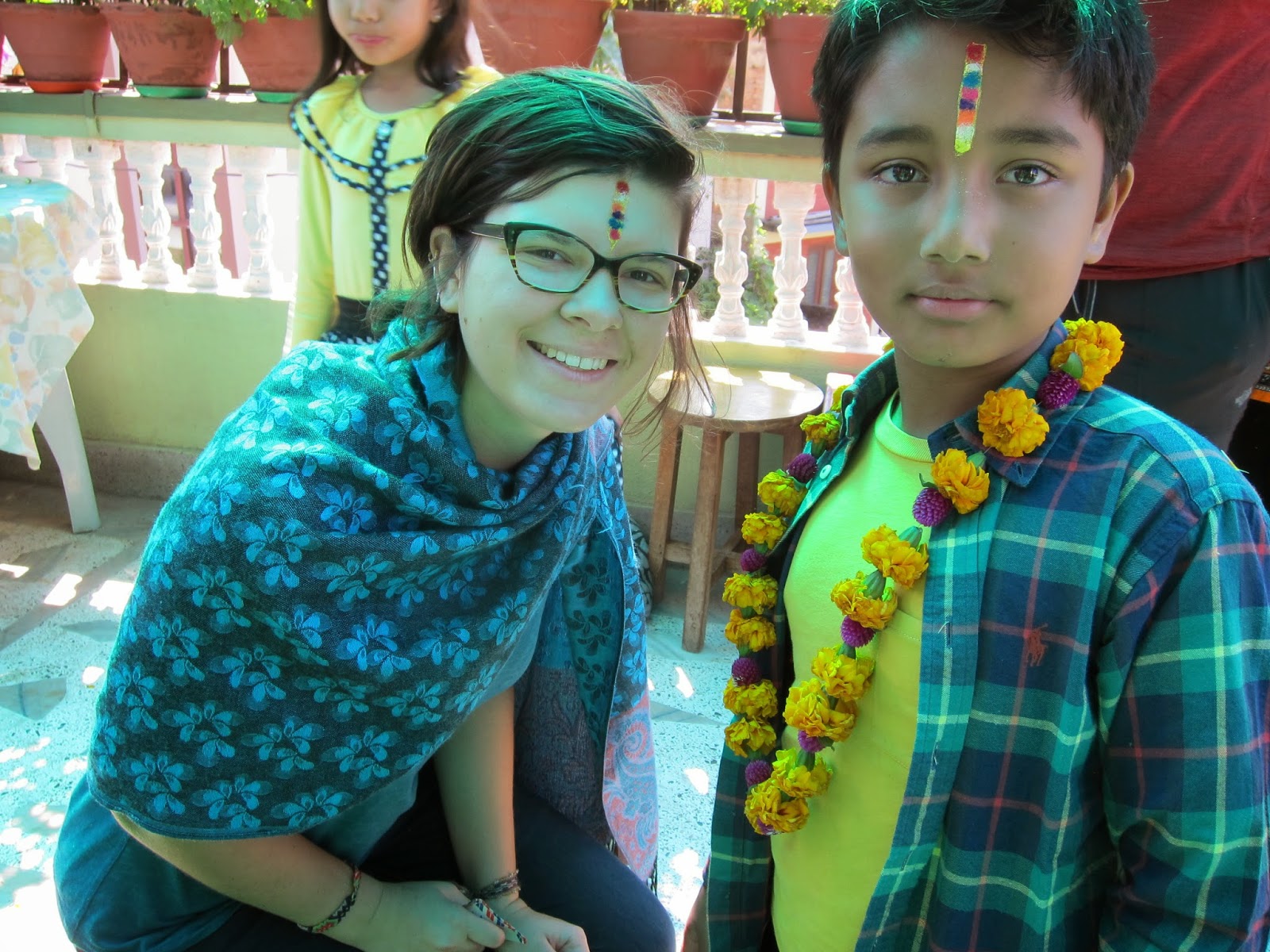 began, there were a number of observations I found myself making along the way.

One of the things that I was most interested in was the affect of Buddhism and Hinduism not only on the people practicing them, but on the society as a whole as well. For a long time I have been keenly interested in Buddhism, with its emphasis on loving-kindness, compassion, wisdom, care of the earth, and mindfulness seeming like a philosophy for life that would surely lead to greater joy. Along with this, enlightenment truly appeared the ultimate release. During my time in Nepal, I had a chance to stay at a Buddhist monastery, living and meditating with monks and conducting participant observation.
What I perceived was that, though participation in religion or spirituality does, as multiple studies show, have an impact on an individual’s well-being in positive ways, the monks at Namo Buddha monastery had a wide variety of things going for them beyond their religious practices. While most of them, from what I could tell, were not enlightened, and still felt anger or frustration, they didn’t have to worry about where their food came from or that they would have a roof above their heads, and their “job” was literally the most meaningful 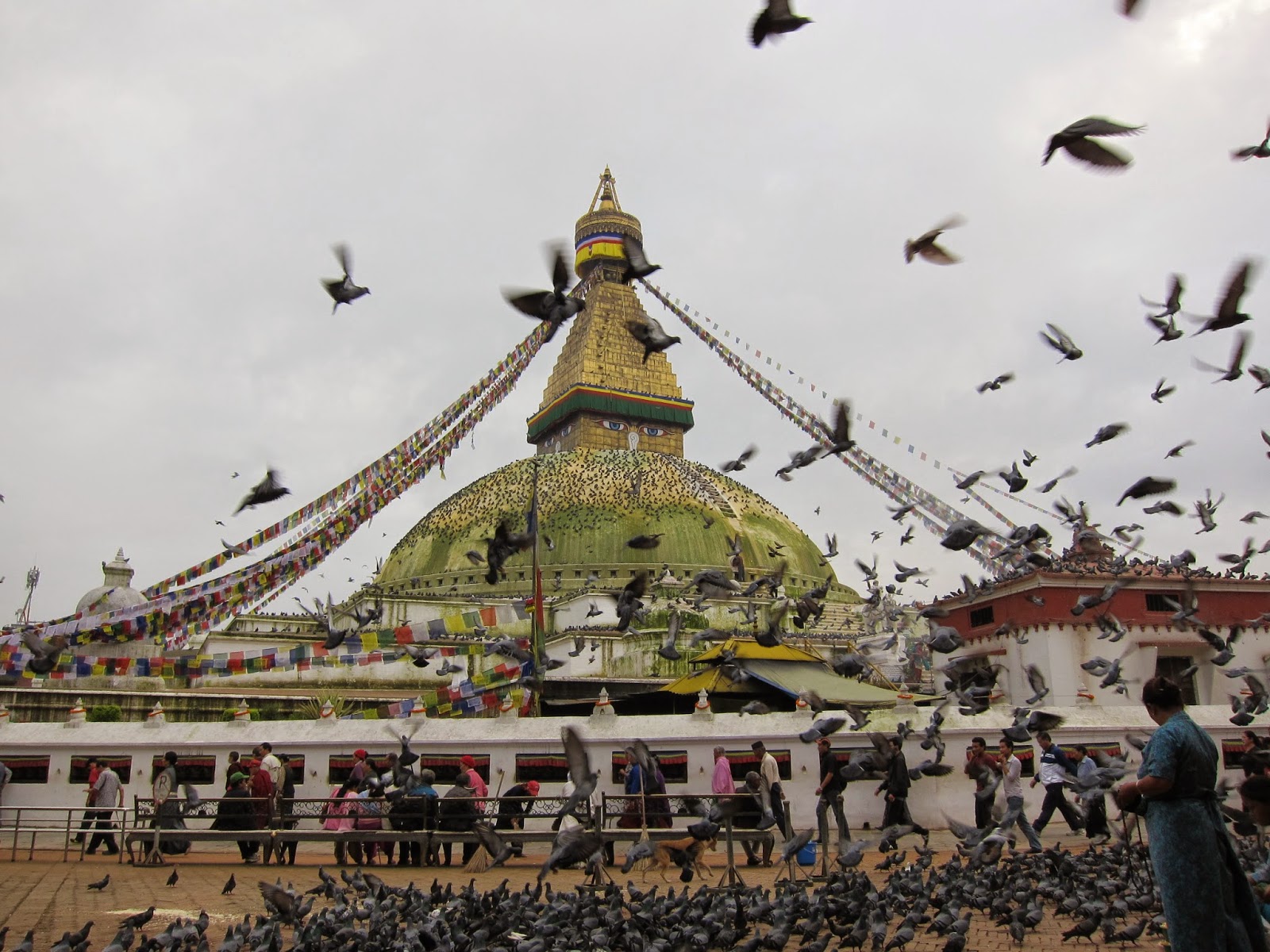 thing to them. Along with this, the goal of enlightenment is not the same as the goal of happiness, but rather happiness is a result of the former. In this way, it seemed to me that the life of a monk may be a happy one, not only do to increased mindfulness and greater compassion, but also because of their lifestyle, its reduced stress, increased meaning, and strong community. I no longer felt like I needed to join a nunnery in order to receive such benefits, but rather considered that I or anyone else could shape my own surroundings and practices to create a lifestyle beneficial to me.

A little while later I found myself living in Balamchur, a small Nepali village. Another burning question on my mind throughout the trip was “How much is necessary to be happy? What are the very basics required for life satisfaction?”  And while the village was well off enough for me not to be able to fully explore that question, their way of life was definitely something that many westerners may view as “not having enough”. In a more consumeristic culture, where we’re advertised that you can buy happiness with a new car, houses that are floored with buffalo dung and filled with smoke during meal times may seem unsatisfactory. But while many in the village discussed the benefits of development and tourism, no one ever seemed to be in a bad mood either. I saw the men come in from the fields at four or five, while my father at home didn’t finish working until seven or eight at night, and sometimes even then continued to work at home. The small community often ate together, laughing, joking and dancing. Everything they needed they were able to make, and knowledge was passed down from parent to child. I found that many of the materials in our lives are not as necessary as we make them out to be, and that space created by a lack of stuff allows more room for human connection, meaningful activities, and less stress.
Though I learned many things during my time in Nepal, insights regarding happiness and otherwise, the trip as a whole was very challenging. I thought traveling would solve all my problems: I’d be humbled and glowing at the beautiful sights, find a new home in the culture, and become the less lazy, more well-thought-out, kind, and confident person I’d created in my head. But while it was undoubtedly amazing, it wasn’t like all my self-doubts, negative thoughts, and struggles were just going to magically disappear. What I discovered, however, is that that was okay. As someone who studies happiness, for the longest time whenever I was sad I considered it to be a failure, not only of emotions, but of my lifestyle, practices, and work. Crying was like getting an “F” on a test, and I had a million techniques to cheer myself up, whether or not I actually understood what was wrong. But beating yourself up about being sad, or getting frustrated with yourself for being angry only fuels the negative fire. What I learned in Nepal is that it can be okay to feel sad—to feel whatever emotion you’re feeling. Instead of yelling at yourself about it, accept it, examine it, and let yourself move on.  It’s much easier and kinder to love yourself during the times when you’re hurting the most, and more beneficial for you.