This month's Happiness Data report is about the connection between our access to nature and happiness in terms of our sense of purpose and meaning in life.

So why should you care that  people who are more satisfied with their access to nature are happier?

Because overall, our happiness scores for feeling that things in our life are worthwhile are not so great.  This means one way to increase our sense of feeling worthwhile is to reconnect with mother nature. And because we know that sense of meaning in life and satisfaction with life are tied, in all probability, we an increase our sense of satisfaction with life by increasing our access to nature. 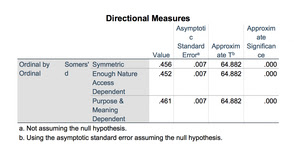 Data gathered via the Happiness Alliance's Happiness Index online with a convenience sampling of 11,398 respondents taking the survey in 2017 reveals a positive correlation between satisfaction with access to nature and sense of purpose and meaning with a d=.461 and p< .0005.
Caveat: Further research is needed to understand what underlying factors may be influencing our findings.

What You Can Do For Mother Earth and Your Happiness

We hope our data report inspires you to talk action to increase or maintain your happiness by connecting to nature. Here are a few ideas for taking action today.

When we put our happiness first in a holistic and balanced manner, we come to know that our health, well-being and quality of life is a reflection of the sustainability of our natural environment. Here are a few ideas for Community Organizers and Policy Makers to contribute to people's happiness through environmental action.

Teaching and talking about our connection to nature is a great way to remind yourself about how important mother earth is to our happiness. Here are three ways to engage the child in your life - or the child in you - with nature.

The Wisdom of Taxi Cab Drivers

Recently, I was at conference held at UN speaking on a panel about Ethical Design for Artificial Intelligence. One of the hot topics in artificial intelligence is automated driving. In all the weighting of the costs and benefits of automated driving, I have yet to see the wisdom of taxi cab drivers figured in. 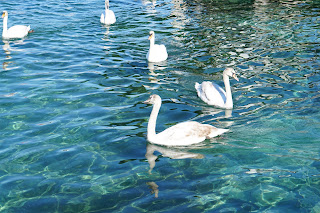 The moderator for the panel and I were on our way to dinner with the other panelists. We were taking a stroll to stretch our legs after the long flight to Geneva. Google maps app has lead, or rather mislead, us about a mile out of the way. Dinner was starting in 10 minutes. We hailed a cab. My French is passable, and I love talking to cabbies. The cabbie driver spoke French with an accent almost as pronounced as I, but not the same. Turns out he was from Spain, and he had been driving taxis in Geneva for 35 years. His wife was Swiss, and they had two children. I asked what he liked best about his job and he responded that what he enjoyed the most was meeting different people and hearing a little bit about their lives. He added the caveat that this was the case for visitors to the country or other immigrants, like him, but usually not for Swiss nationals. They, he said, generally would not speak to him except to give directions. His gestures and tone spoke of a certain sadness and resignation. We talked a little about the importance of connecting as humans, and how not making that connection can feel devaluing.

The cab ride was short, and I was unable to tell him that the most recent World Happiness Report revealed the very truth that he spoke of. Immigrants, whether living in a country for most of their lives and married to a national, or just arriving, are happier when they are treated as part of the fabric of a country and culture, instead of separated or ostracized. This does not mean that cultural differences should be eradicated, but rather that differences can be a point of connection through curiosity and respect.

The World Happiness Report for 2018 points to a sense of belonging as key to happiness for migrants. In countries where social exclusion is the norm, migrants suffer from discrimination and unhappy because of it. According to the World Happiness Report for 2018, ninety percent of people who migrate do so voluntarily. Only ten percent of migrants are refugees. Most people migrate for economic reasons, for career or educational reasons, or to enjoy greater freedoms, such as religious or political expression. A study done using the Happiness Alliance data found that reversing discrimination had a big impact on people’s happiness, and that everybody is happier; the people who suffered discrimination and those whose minds go from being prejudiced and biased to open.
At our panel dinner, we were joined by an ambassador, who invited us to his home the next night. The next day, around 6:30 pm, we hopped into a cab, and thus began my second sip from the cup of the wisdom of cab drivers. 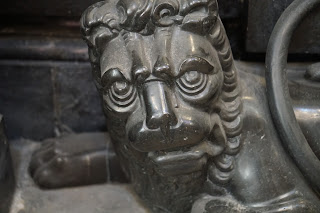 This time, the cab ride was longer, and so the conversation richer. This cab driver came from Portugal, his wife also was Portuguese. They had two adult children and two grandchildren, all born in Geneva. His father had taken him to Brazil when he was a teen-ager to escape being drafted into war. He had migrated to Switzerland when he was in his twenties, seeing an opportunity to make a higher income than he could have in Brazil or Portugal. Now, 40 years later, he feels torn between one sense of home and another sense of home. His sisters and extended family live in Portugal, and he longs to be with them. He feels most at home in Portugal next to his sisters, nieces, nephews and other family members, but his children, born in Geneva, have no plans to migrate. He misses the warmth of his homeland, and feels shut out by a sense of cultural coldness. If he had his life to do again, he would not have chosen a higher income over family.

He could have been a spokesperson for the World Happiness Report. In South America, people generally experience the feeling of happiness, called “positive affect” by researchers, more than in other countries. Part of the reason for this is that family ties are strong and people’s concept of happiness are often founded on family. For example, if you ask someone from one of these countries what makes them happy, they are most likely to respond “family.” Migrating away from your family to make more money, or even to send money home, may seem like a good idea economically, but will probably lead to long term heartache. A short-term migration to save money and return home would probably have been a better option, but even that kind of migration can be hard in terms of feelings on both the person who migrates and the family left behind. 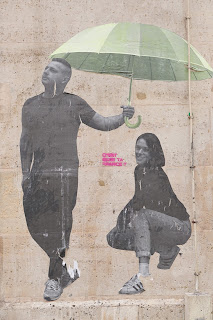 My next cab ride was from a Tunisian. I was happy to talk to him, as I was born in Tunisia. We had about 20 minutes to chat, and quickly he revealed his wisdom to me. He railed about the rich getting richer at the expense of the poor, and how the richer a person gets, the more they want. I egged him on, citing the Easterlin Paradox, by which after a certain level of income, returns on happiness are marginal. Before I was done with my explanation, he finished my thoughts saying that after a man makes a million dollars, he needs two million to make him as happy, then after that 10 million and so on so that at no point does he ever experience a sense of enough. We agreed so vehemently, we were both kind of yelling with enthusiasm about our mutual point by the end of the cab ride.

This point is one of the key lessons from the happiness movement: the Easterlin Paradox. In simple terms, money only buys happiness up to the point where you are able to meet your needs — from basic needs of sustenance and shelter, to needs of entertainment, creative outlet and learning. After that, there are only marginal increases to happiness, meaning it takes a lot of money to get a little bit of happiness.

The Tunisian cabbie seemed like a relatively happy person, and when I asked him if he was happy, he said some days, yes, somedays no, but our conversation had made him very happy. A lesson in the 2018 World Happiness Report regarding income levels, migrants and happiness has to do with social comparisons. People who migrate from poverty to a place of plenty experience a change in referenced point. After a relatively short point, while their income in the new country may seem extravagant compared to back home, it may feel like a pittance compared to the people around them. This is called social comparisons. Just because all of a sudden you can afford new Nike tennis shoes, you won’t necessarily be happier if most of the people around you are wearing the latest Stephano Ricci sneakers.

I took my last cabbie ride to the airport, early in morning. I am a homebody, and had been feeling homesick the entire trip, so was really looking forward to being home.
The cabbie was from Haiti. We talked about what made for happiness in a country. His wisdom was that every type of government is more similar than different. For example, he said, in a dictatorship or in a democracy, the law is the law and when you break the law, you are punished. Food, jobs, housing is what makes people happy, he told me. A government that ensures people have food in their belly, jobs to work, and a place to live is the most important thing, according to him. He said that when his country was run by Papa Doc, people had food, jobs and housing. Life then, from his experience, was no different than in the democracy he lived in today. Food, jobs, housing he recited. The cab ride ended before I could ask him about the darker side of Papa Doc’s reign. 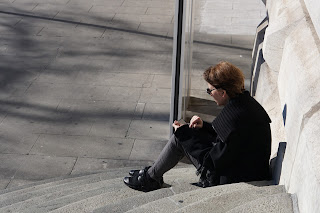 A discussion of the failures of democracy as a form of government in African nations is part of the 2017 World Happiness Report. It sites unmet expectations as one reason for the dissatisfaction with democratic forms of government and general unhappiness. Meeting needs — from the basic ones of food, jobs and shelter — to the higher needs of a sense of belonging, purpose and meaning, are all foundational to our happiness, so in a way, the Haitian cabbie had it right.

A long flight later, my little voyage was over and I was so glad to be home. For me, like for so many, family and home is where the heart is, and what makes me happy.
Read the World Happiness Report here.
Posted by Happiness Alliance at 5:04 PM No comments: