A Happy State: The Happiness Ministers (part 2 of 3)

To date only two nations and one state host offices of happiness: United Arab Emirates, Bhutan and the state of Madhya Pradesh, India. It is my dream that someday every nation, state and city will have an office of happiness. I do not believe I am alone in that dream. In 2012, the United Nations issued a resolution urging nations to develop happiness and well-being measures in light of the fact that Gross Domestic Product (the sum of all goods and services produced in a year) is not an adequate measure for governments to use a guide by itself. 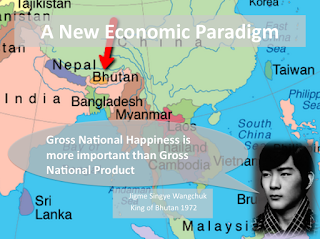 At the time of the proclamation, Bhutan was the only country in the world with a happiness office, entitled the Secretary of the Gross National Happiness Commission. Then and now the Secretary of the Gross National Happiness (GNH) Commissionworks with other officials to screens all national policies. A complete list of their tasks ranges from using GNH index as a “guide” and “monitoring stick” to forming a twenty and five year plan, from overseeing smooth functioning of government agencies to budgeting. 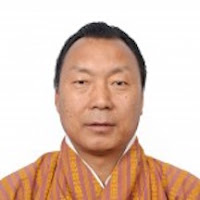 Sonam Wangchuk currently holds the office of GNH Secretary. His administrative duties are vast. Prior to Sonam,Karma Tshiteem held the office, and sometimes acted as an ambassador for the spread of the GNH philosophy. His work is different from other current or future happiness officers as happiness is already the chief purpose and aim of the government. 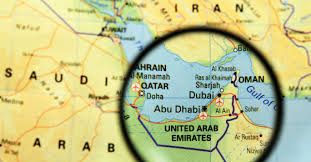 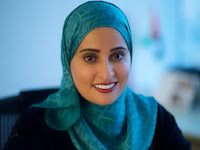 In the United Arab Emirates, Her Excellency Ohood bint Khalfan Al Roumi holds the office of theMinister of State of Happiness. She was appointed earlier in 2016.  She is integrating happiness into government and business. A similar but different take the customer service chats that are a part of most every online interaction today, she created a happiness customer index. She is also bringing happiness trainings to corporations and well as investigating happiness metrics for wider use. 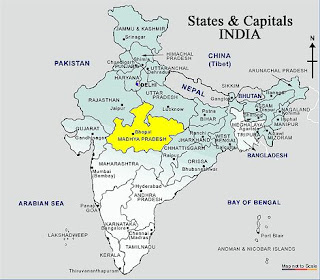 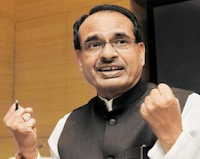 In the state of Madhya Pradesh, India, the Chief Minister, Shivraj Singh Chouhan, created the office of happiness minister and holds the office. Chouhan has plans to create a department of happiness which will include a president, chief officer, research director, coordinators and assistants. A panel of experts is being convened in the next step to implement these plans. Bhutan is the source of inspiration for Madhya Pradesh’s happiness ministry and department.

These three offices have scant examples to look to in doing their jobs. No doubt each has and will make mistakes, and will put in place plans and actions that receive a great deal of criticism and lack of understanding. Nevertheless, they at the forefront of the happiness movement, and as such, will provide for other nations and other states the hard won lessons and foundations for best practices that someday will compose a commonly understood definition of happiness minister.
First posted on Medium, written by Laura Musikanski.
Posted by Happiness Alliance at 6:23 PM No comments:

A Happy State: finding our way to the pursuit of happiness (part 1 of 3)

Everyone who complains about the happiness movement has one thing in common: the fear of a nanny state. (Well, maybe two, the other that happiness can’t be measured, but that is a complaint out of ignorance, because not only is happiness being measured, there are even guidelines on how to do it. See this short video for a survey of these and other examples.) So let’s focus on the nanny-state complaint.

This usually complaint arises when one first learns what the happiness movement is. It is composed of small group of committed people and organizations working for a new economic paradigm. Our aim is for governments to be guided by wider measures of wellbeing. We aspire for governments to put at the forefront the protection all beings rights to the pursuit of happiness. The singular focus and dependance on monetary measures will end, and the gap between the rich and poor will mend. 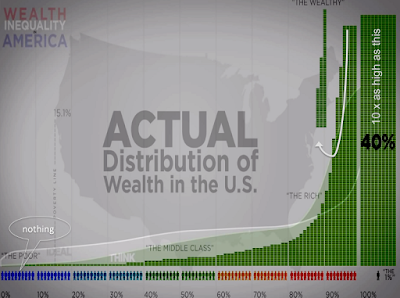 Proponents of the happiness movement don’t say that the economy does not matter, just that the economy is not the only thing that matters. And what’s more, that economic equality is at least as important as economic growth. We in the happiness movement say that governments can govern for happiness, and that happiness policies can and will be the work of government. This ideal triggers critics into crying against a nanny state.

First you might ask, what is a nanny state? A nanny state is akin to Big Brother. Imagine that each and every part of your life were controlled by government. The American Heritage Dictionary has a nice definition: “A government perceived as having excessive interest in or control over the welfare of its citizens…”

One of the problems in addressing this accusation is there is not yet an example we can point to that demonstrates a state guided by happiness and wellbeing. Or is there?

Since 2008, the country of Bhutan has been using happiness metrics and passing happiness policies. They call it Gross National Happiness. In the United Kingdom, happiness and wellbeing are measured by the Office of National Statistics and used by various governmental offices (check out Appendix A for examples). 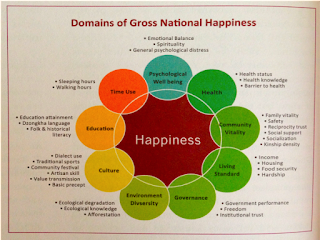 But most importantly, governments all over the world, from neighborhoods to nations, have been passing laws and promulgating policies that protect our rights to pursue happiness for a long time. From this we can draw ideas on what a happy state will look like.

Over the course of the next 12 months, my organization, the Happiness Alliance, is publishing a series of tools that identify exactly what policies a government could pass to protect our inalienable right to the pursuit of happiness.
We call these courageous policies and aim to show as examples where these policies have been promulgated, and give resources explaining their viability for where they have not.

One such policy is Basic Guaranteed Income. It may sound crazy, but it actually was tried to some success inManitoba, Canada, and Canada is scheduled to experiment with it again in Ontario.
BasicIncome.org is an organization that offers research, updates and resources for community organizers and policy makers curious or wanting to be active in this goal.

Another policy that our happiness data indicates would lead to a happy state is a national vacation law. It turns out the United States is the only industrial nation not to have this laws on a national scale. Moreover, we are one of only a handful of that does not promulgate laws for paid family leave.

These are two of many different policies that governments could put in place that would protect our right to pursue happiness. Whether these policies would lead to a nanny state would be dependent on many factors, but we can look to similar past objections to social security, national environmental protection laws and public school, knowing now the great benefit of policies that lead to happiness and that they did not create the Big Brother/nanny state. Homeland security, now that is another story. In the next post in this series, I will write about safety, trust and community; and how policies promoting these relate to happiness.
Reposted from Medium, written by Laura Musikanski
Posted by Happiness Alliance at 10:36 PM No comments: