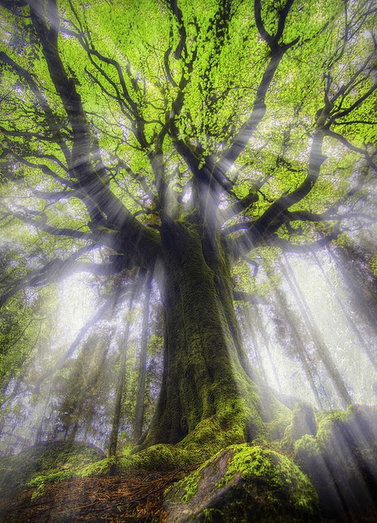 My father sent me an article from the Guardian with my birthday present. It arrived late from Paris,  where my father lives, like the postal service of my childhood.The article is dated January 16, 2015: Outsider’s Critique of the Hurried West, written by John Vidal. It contains nine shots against Western culture or more specifically white people –fired by Amazonian shaman Davi Yanomami: wealth, greed and selfishness, shopping addiction, the high cost of living in the urban landscape, war for natural resource exploitation, politics (no explanation needed), healthcare systems focused on illness, conservation rather than restoration of the environment, and finally the orientation of man versus nature rather than the human as part of nature.    In essence, the white man is the reason our world is going to hell.

I can't argue.  But I think there is more to it than that.  Davi Yanomamicontrasts the white people approach to war with that of his own “If one of our people is killed by arrows or sorcery blowpipes we only respond by trying to kill the enemy who ate him.”  Is this the proposed alternative?  And - let’s not forget that its easy to criticize, easy to shoot down, easy to find faults in others.   Not so easy is the creative, generative and loving path.

Lately, I have been listening to Joseph Campbell lectures. One of his observations is that the divide    To this, I do not think the problems Davi Yanomami points out are only of the white man, or the western culture. It seems to me, the mindset of selfishness, greed and “never enoughness” – what some call “the hungry ghost” are the problems facing us all. 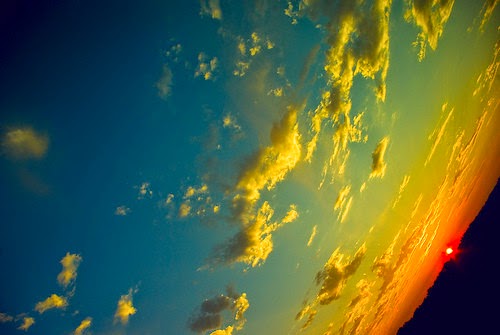 between the East and West is no longer. Whether the forces of globalization, media, information technology or time, the differences between “white man” and that of any other race, color, creed or nationality are diminishing.

Joseph Campbell also said, in his last lecture for Myths and the Masks of God, that  “the first low of our biology is self-protection, the first law of the spirit is compassion.”  Here, it seems, is a sign for a solution. I have also been listening to lectures on Jung, and by way of that a lecture given by Robert McDermott on Rudoph Steiner who paraphrases Steiner as saying something to the effect of  ‘our job on this planet is to so so love nature.’  My dharma teacher, Robert Beatty, has spent much of his life trying to understand why we treat the planet and each other poorly when we are of nature, we are the environment, we are the planet.  It's a problem the sustainability movement has also been trying to understand, and the happiness movement as well.  In fact, one of the early findings in the happiness movement is that nature and happiness are deeply connected.

On the backside of the clipping my father sent me is a story of an Afghani family that walked three weeks across land “littered with landmines” leaving behind the bodies of his parents and one of his sons killed during the journey to come to Kabul where his children shake from the cold at night and the economy is “on the rise” from an annual per capita income of $210 to $700 due to international funding, mostly foreign military spending.  The article points to opium and corruption as the growth industries, and gives an example of jobs created: scrap metal collecting (by a man would dreams of going to school to become and engineer or doctor).

It’s about as far from happiness as you can get.  And yet, love and creation is in our nature as much as it is in our nature to destroy.   This is part of the reason I believe so much in sustainability and the happiness movement.  Another has to do with my family. 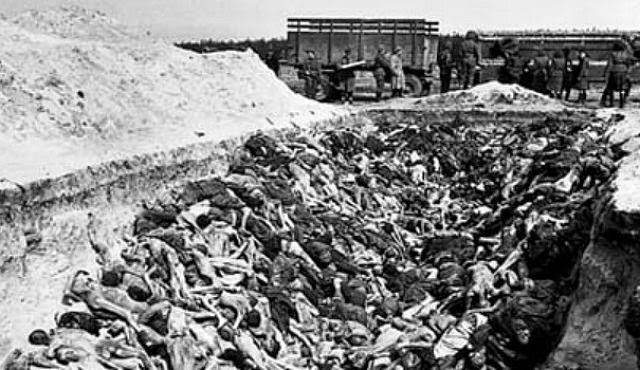 My father, a Parisian Jew, was a child when WWII broke out. He was one of the lucky ones who   As his daughter, I grew up within the context of survival of WWII, and with the deep crisis that happens to a people when questioning how something so terrible could happen.  I remember very early in life, looking at image of concentration camp victims. From early, I embraced that part of my job, as his daughter, was to encourage in him, and in myself, the creation of a context where people would take care of each other, and would not allow something so terrible to happen again.
survived.

As a grandmother today, I think about the world my grandson is inheriting and this is yet another 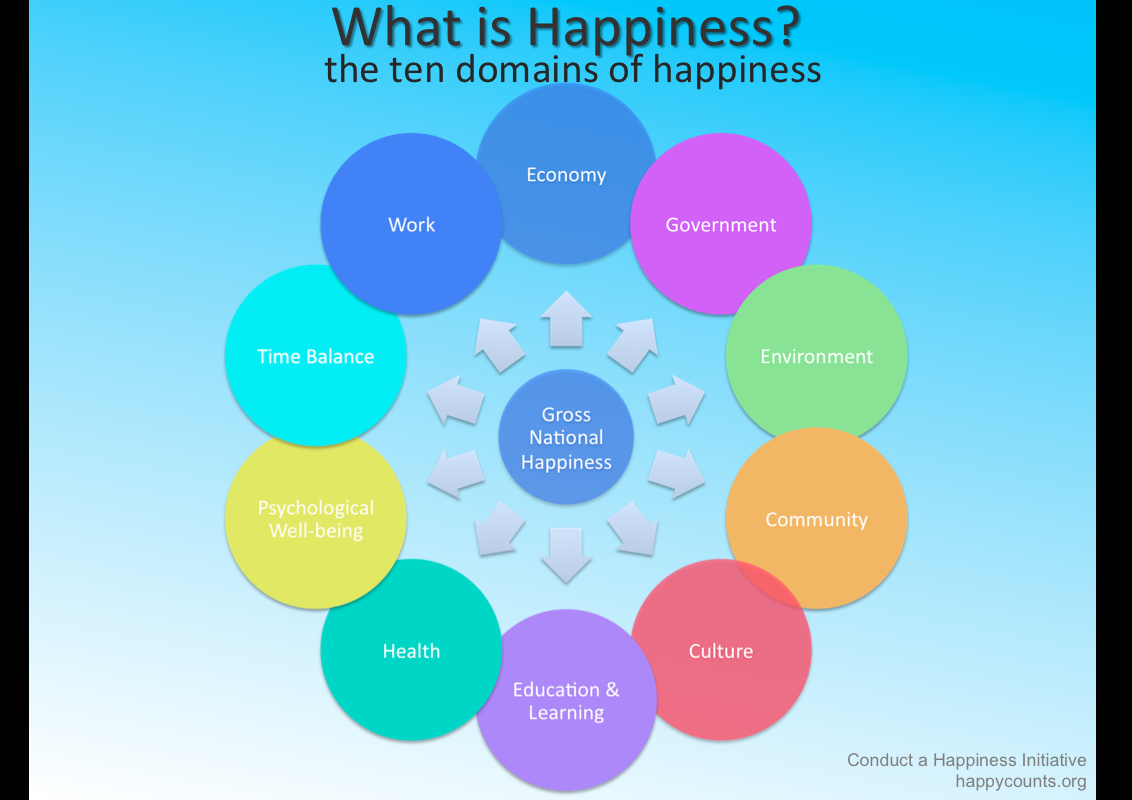 reason for my dedication to the happiness movement, as much as it is to give hope to those robbed of it from the past, it is to help lay down the foundation for future generations to live in a natural, social and economic world that is vibrant, loving and caring of each and every being.  It is easy to get lost in the horrors of the world, to decry all the evil of human nature, and to give up.  But that is not the inevitable end for humans. As great as our destructive, selfish, mean and greedy power is, with all the innovation, production and outcomes that have come from it, so great is our generative, giving, loving and compassionate power – and perhaps, even more.

By Laura Musikanski
Posted by Happiness Alliance at 4:34 PM No comments:

How do YOU define happiness?

On Defining Happiness by Laura Musikanski
Yesterday Mitch, one of the founders of The Rules Change Project, asked me how I define happiness. He explained that he defined it by how one feels, but was wondering anyway. We had a great conversation about what it will take to bring about a new economic paradigm, sustainability and wellbeing for all.

Mitch's question is not an uncommon one -in fact, it is most common.

It's particularly important not just because of defining happiness (affect/feeling, satisfaction with life and the domains, or external conditions of life and eudiamonia) but also to put to rest the war some have on happiness, pronouncing eudiamonia (a sense of purpose, being your true self in a fully integrated way, etc.) more important than how one feels and the pursuit of pleasure or hedonism, the war some have on the impact of genetic set points versus external versus internal factors and all that.

It's important to because how one defines happiness can include all of this, and embrace the interconnections.

And, like here, I did give Mitch the usual long-winded explanation, but told him I had just finished an infographic for just that purpose. So here it is, with the hope that a picture (or infographic, in this case) is worth a thousand words: 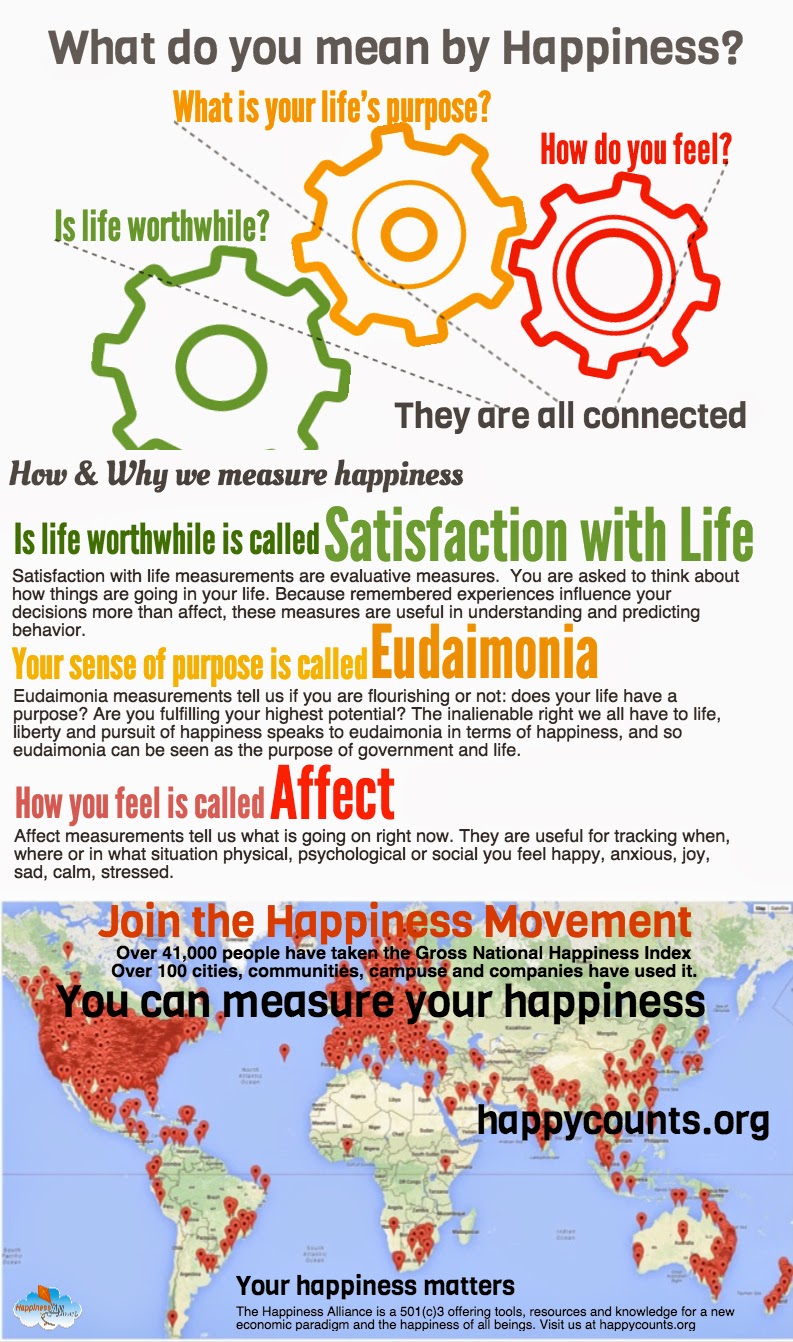 (download here)
Posted by Happiness Alliance at 9:25 PM No comments:

On a Healthy Happy Home

How to Style Your Home for Maximum Health and Happiness,
a guest post by Katie Writes

Your home is your sanctuary. A place you can get away from all the stresses and strains of the outdoor world, and it should reflect that. The last thing you want after a long day is to come home to a place that is cluttered up, with leaks or drab paintwork. 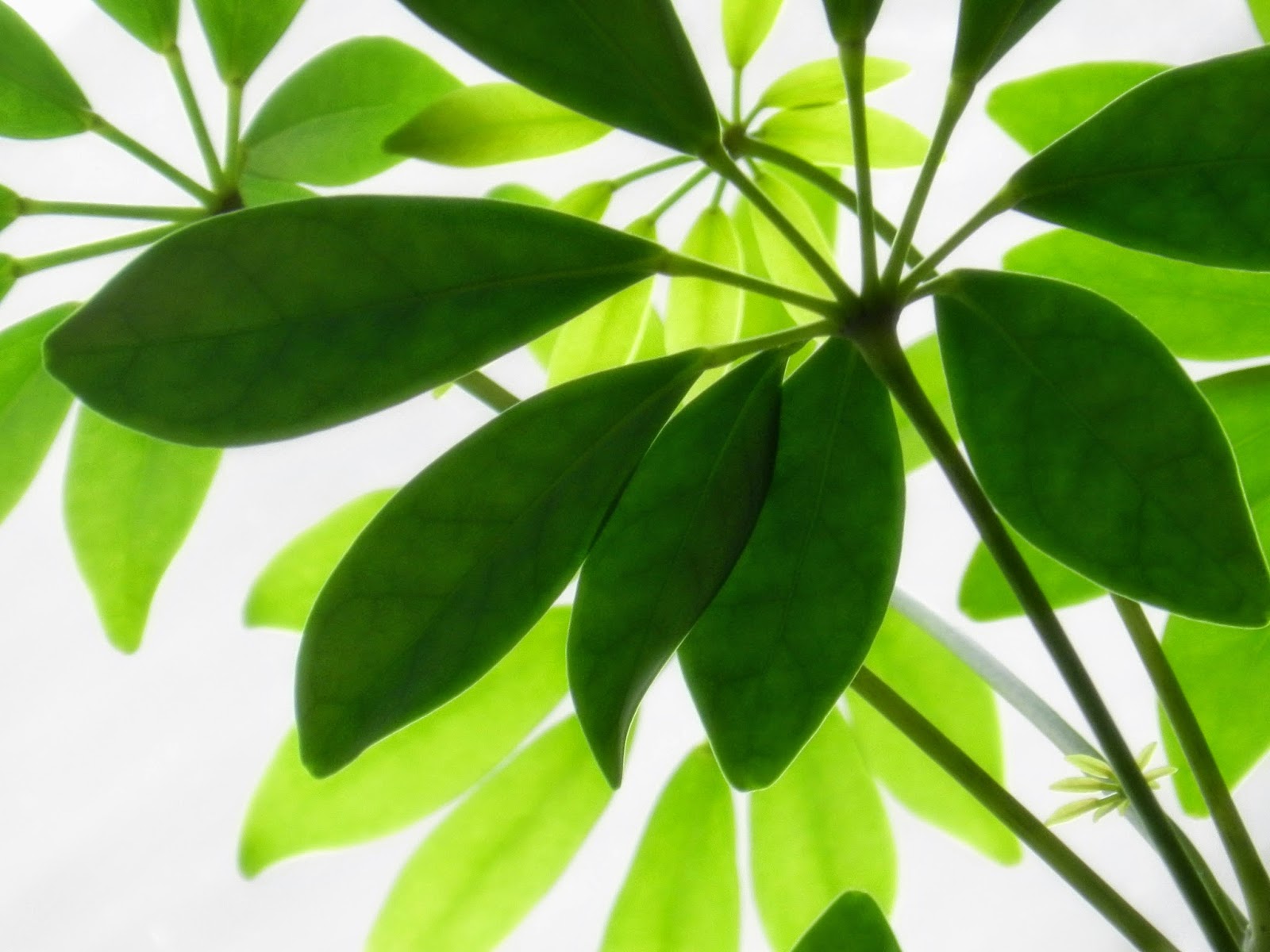 well-being. Have you ever walked into a room that is light and airy and beautifully decorated, instantly instilling a wonderful feeling of calm? With a little effort, that is what your home can be like.

Homes designed for maximum happiness generally share common themes—plenty of light, well-arranged furniture and uncluttered surfaces. Using this as your base and adding in a spark of your own personality, you can create your perfectly balanced oasis.

Create Light
The easiest approach, of course, is to have large windows in every room to allow the sun to pour in. If this is not possible then paint the walls a fresh, sparkling white or neutral tone.
Avoid chunky, dark furniture as this will absorb the light. Light reflecting items like acrylics and glass will appear to take up less space, in turn making the room seem more open.
Hanging mirrors in a darker room is a great way to create light. Placed opposite a window, the mirror will reflect light into the room. Having two mirrors opposite each other will reflect light, creating a brighter feel. 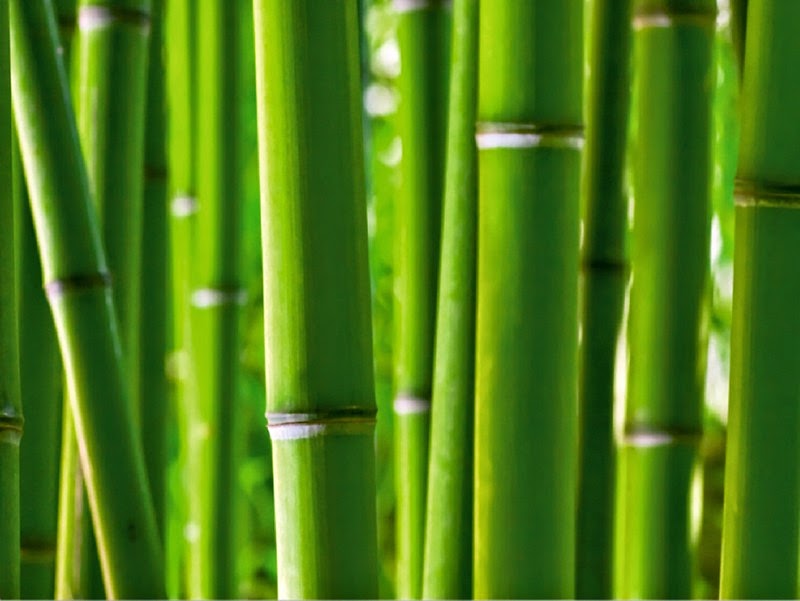 Go Minimalist
Less is definitely more when you are styling your home. Get rid of clutter and allow your house to breath—your home will instantly feel more peaceful.
Choose hidden storage solutions and maximize space under tables and beds, to stash items you don’t often use.

Bring Nature into Your Home
Nature is well documented to have a positive effect on your well-being. Decorating your interior with will increase oxygen levels and help to eliminate nasty toxins from the air. Toxins can build up from synthetic materials in our home and even in our clothes.
house plants

Feng shui experts say that flowers give different energies depending on their type, so having them in your home will have a range of positive effects. Mix colors depending on your mood, like red and violet for increased energy, green and yellow for increased happiness or blue for a more calming effect.

Create a Safe Haven
Your home should be your safe place, where you can completely be yourself, whatever you choose that to be. Make sure your home has up-to-date safety features. Knowing your home is protected will allow you to relax with confidence.

Windows are an eye to the world but should be covered at night time to create that cozy nest feel. Consider implementing chic handcrafted window coverings to add a touch of personality and comfort to your decor.

After a little thought and organization, you can create a home that will fulfill all your needs, spiritually and physically. Get it right and you will enjoy a happier, healthier and more productive life.
Posted by Happiness Alliance at 12:51 PM No comments: