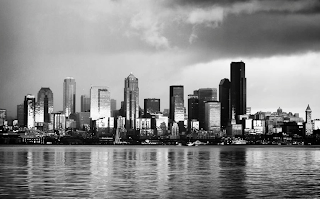 Credit Tim Durkan
Cities don’t get much smarter than Seattle, according to Fast Company magazine.
Seattle topped the magazine’s list of smartest cities in North America. The ranking is based on a number of categories, including government, lifestyle, environment, and economy.

Hi All, here is the direct link to this story:


How did China grow its GPD by 10 percent every year for more than three decades, from a virtual standing start, rising to become the world’s second-largest economy?
Through a simple, horrendous policy: growth at all costs.
In other words, forget about public health, screw happiness, trample justice, and fuck the environment. Just go out there and make as much damned money as you can.
But as the country begins grasping the environmental and social carnage that unchecked growth has inflicted, its leaders are realizing that “growth at all costs” is no way to live.
“A subtle shift in China is under way,” Scotiabank commodity market analyst Patricia Mohr said during a recent mining conference. “They are no longer determined to have economic growth at any cost; they want economic growth which meets their objectives.”
China’s development strategy for 2011 to 2015 notes goals in such non-economic realms as the environment, energy efficiency, and education. And the strategy, technically called the country’s 12th five-year plan, lowers economic growth aspirations to 7 percent per year. “China’s leaders are now prioritising strategies and measures to ensure long-term prosperity for the entire nation,” noted KPMG [PDF] in its analysis of the plan after it was published in 2010.
And now that subtle shift in strategy has led to a new formal policy — one that abandons the notion of growth at all costs.
Details of the policy change were outlined in economic and social reforms published last week by the ruling Communist Party. (The same document also announced an easing of the country’s one-child policy — and further reforms might be on their way, potentially allowing all families to have two children.) From Reuters:

[T]he ruling Communist Party said it would put more emphasis on environmental protection when assessing officials, and would also hold local authorities directly responsible for pollution. …
With public anger mounting over a series of scandals involving hazardous smog, contaminated soil and toxic water supplies, China has identified the environment as one of the biggest potential sources of instability. …
The new policy document said China would “correct the bias towards assessing (officials) on the speed of economic growth and increase the weight placed on other indicators such as resource use, environmental damage, ecological benefits, industrial overcapacity, scientific innovation, work safety and newly-added debt.”
China already assesses local officials on the way they handle the environment, but with the economy still considered the priority, local authorities stress their green credentials by building ostentatious national parks, wetlands or reforestation projects rather than address the cause of pollution and risk revenues and jobs.

The dumping of “growth at all costs” is a positive development for people living in China, where brown skies and swine-laden rivers are testament to environmental quality in free fall. It’s also a positive development for the rest of us, because China’s greenhouse gas emissions have been rising along with its economic output, spiking at a time when American and European emissions are in slight decline.
Zhou Lei of Nanjing University, who studies the impact of business on the environment, argues that the reforms don’t go far enough and appear to be “typical Chinese lip service.” Here’s hoping he’s wrong.
Posted by Happiness Alliance at 2:58 PM No comments: